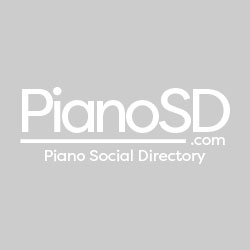 Service Areas
About Me

Benjamin Johnson has been teaching piano, music theory, and composition in the Seattle area since 1996. He holds a Master of Arts in Music Composition from Washington State University where he studied with composition with Dr. Charles Argersinger and Dr. Greg Yasinitsky, and piano with Dr. Gerald Berthiaume. While at W.S.U., Benjamin taught piano and music theory as a teaching assistant. He also holds a Bachelor's degree in Piano Performance from Eastern Oregon University where he studied with Dr. Matthew Cooper. As a student, Benjamin won several awards for excellence as a pianist and composer, and had the distinction of having many of his compositions performed by the faculty.

Benjamin currently teaches music privately in Bellevue, Seattle, at Hammond Ashley in Issaquah, and as an adjunct piano instructor for Bellevue College. He is a freelance composer and studio musician. Benjamin has performed in a variety of settings including solo recitals, piano concertos, chamber music, choral music, musical theatre, houses of worship, concerts, benefits, and jazz venues.

Benjamin is a vibrant, enthusiastic, and encouraging music educator of all ages and all skill levels. He believes that it's not only important to develop skill on one's instrument but to be able to understand and interpret the music in a meaningful way that connects the composer to the audience. Benjamin believes that playing music is something that everybody can enjoy, and is extremely beneficial in the development of children. He has a long track record of successful students, and some have been recognized in competitions and with university scholarships. For more information, contact Benjamin at bjohnson2003@comcast.net

Get In Touch With Me

Note: All messages are screened before they are sent to the designated member.

We are a directory of piano teachers, tuners, and manufacturers and an industry leader in the latest in keyboard trends, news, and best practices.

Registration at PianoSD.com is quick, easy, and free.